What to do with pumpkins after Halloween 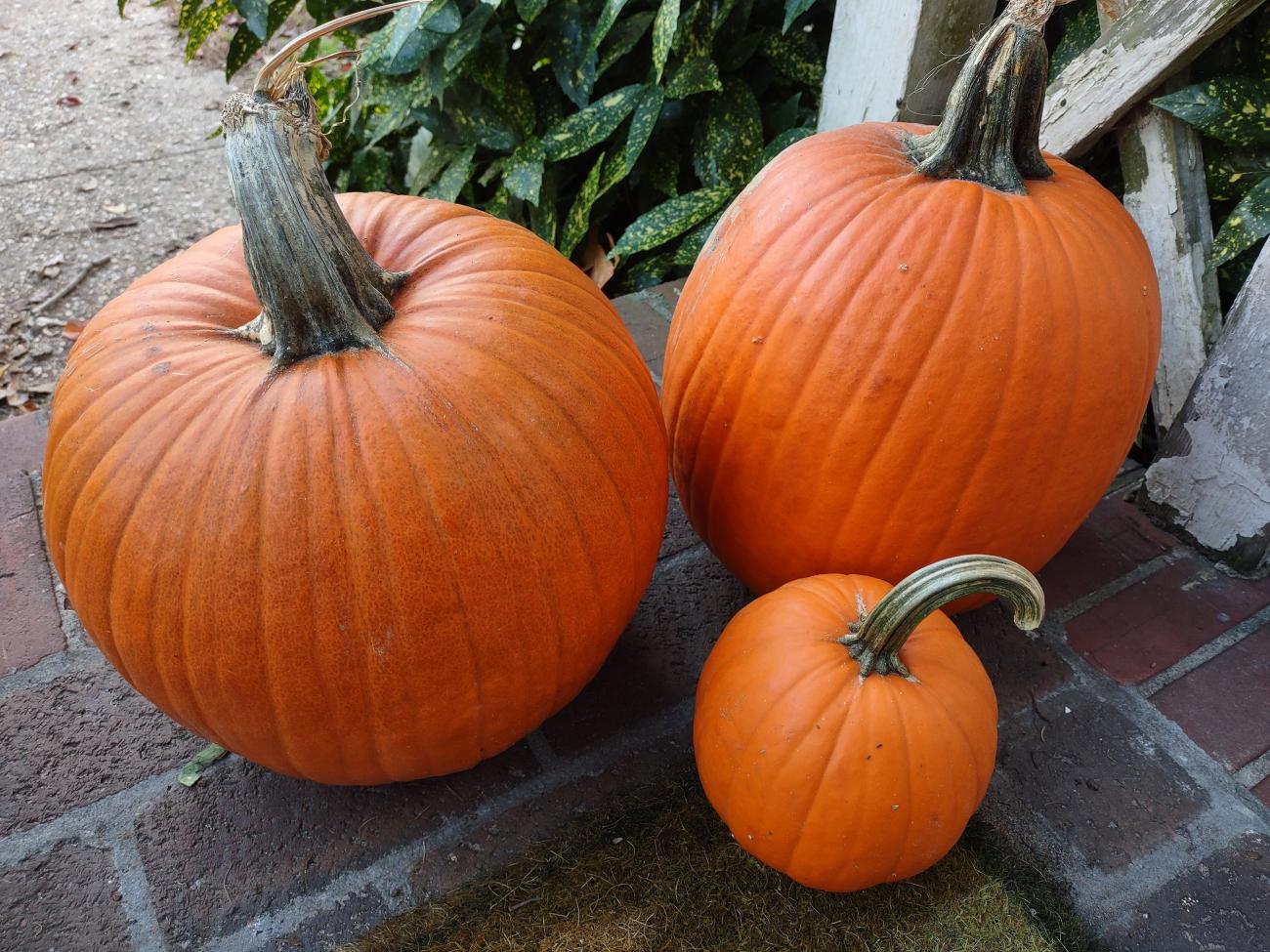 Pumpkins are loaded with a variety of nutrients, fiber, vitamins, minerals, and antioxidants that can boost your immune system and help your body fight infections, viruses, and infectious diseases. Plus, pumpkin is packed with nearly 20 percent of the recommended amount of daily vitamin C, which may help you recover from colds faster.

Pumpkin is very versatile and can be added to your diet in many ways, such as a dessert, soup, dip, pancakes, bread, and drinks.

Break the pumpkins up first to speed up the process and remove the seeds. The seeds can be used for later roasting, planting, or thrown out for backyard critters to eat. Add the pumpkins to your compost bins or bury pieces of the pumpkins in shallow holes throughout a garden and then cover these areas with soil so the pumpkins will eventually break down and add nutrients to the area.

2. Eat your pumpkins
You still have about 6 to 8 weeks from Halloween to decide what to do with an un-carved pumpkin. You shouldn't eat a pumpkin that's already been carved and used as an outside decoration, nor should you eat one that's been painted. Pumpkins that have any signs of mold or are becoming soft are not safe to eat, so make sure to compost them instead. Next year when you are carving your pumpkin, set aside both the inside pulp and seeds, as these can be used in tons of delicious recipes.

Most pumpkin recipes call for pumpkin puree, so here is how to turn your pumpkin into ready-made portions and stored in your freezer for up to six months:

Pumpkin seeds make a delicious and healthy snack, or you can add them to salads, baked goods, cereals, or other dishes. A handful (about an ounce) of pumpkin seeds has around 5 grams of fiber, 7 grams of protein, as well as vitamins and healthy fats. Here is how to roast them:

3. Plant your pumpkin seeds
Put the seeds in a bowl with water and clean them from the attached stringy pulp.  Pat them dry with a paper towel. Handpick the biggest seeds as these will have a better chance of germinating, and store them in a paper bag.  Wait for a month and then remove any rotting seeds. Keep in a cool, dry place (or the fridge) until spring when the soil warms up.  Then plant the pumpkin seeds into soil one-half to one-inch deep with the pointed end of the pumpkin seed face down, six to 12 inches apart.  Expect to then harvest pumpkins in October.

4. Make a pumpkin planter
If using a fresh pumpkin, hollow out the center. If you’ve carved the pumpkin already, make sure to line the insides with landscaping cloth or burlap to prevent the soil from falling out. You could also dip the pumpkin in a vinegar solution or spray it with hair spray to slow down the decay process. Fill your pumpkin with soil before planting your flowers, such as dahlias, mums, celosia, and pansies.  Then water your plant. The pumpkin pulp will serve as a fertilizer as it decays, and the pumpkin also gets an extended life as an autumn decoration on your steps, porch, or near your mailbox post.

Make sure not to feed your pumpkins to animals if you have painted the pumpkins or if candles or tea lights have been burning in them. The paint could be toxic to animals or the soot could make them sick if ingested. Otherwise, pumpkins may also be beneficial to

6. Use your pumpkins as treats for your backyard critters and birds
Make sure not to do this with your pumpkins if you have painted the pumpkins or if candles or tea lights have been burning in them. The paint could be toxic to animals or the soot could make them sick if ingested.